Musing In Ilkley Cemetery
No more on the hill the Middleton clan,
now resting apart in municipal plot.
He to the left with the Romans and Catholics,
she to the right among Protestant stock.

He passes his time amongst sisters and Irish,
she spends her days with the cream of the mill.
And were they to rise, and meet on the pathway,
they could look through the Ash to the pile on the hill.

Walking once more, hands crossed behind me,
the A plots, the B plots and C's tucked behind,
reading the stones, somber and solid,
eaten by moss and losing their shine.

Now here's a baby resting with mother,
daffodils, and brambles over their head.
Laying untended, their family departed,
'gone safe to the Lord', the legend there says.

A squirrel picks crisps from littered green packet,
vinegar, bites and claws at its tongue.
Skirting the line of war fallen heroes
into conformists I gladly move on.

Past teachers and doctors, inventors and shepherds,
he was a pal of George Bernard Shaw,
her flag she raised with Garibaldi,
his soul he saved building homes for the poor.

At last, I complete my ambling circuit,
back once again beside Middleton sun.
Surely despite religious contention,
husband and wife might lay here as one. 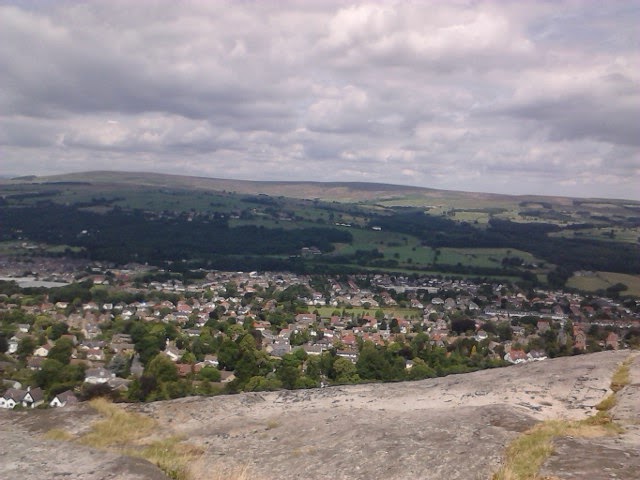 The Blue Book
Posted by jeremy young at 23:53

Email ThisBlogThis!Share to TwitterShare to FacebookShare to Pinterest
Labels: poem

"this collection successfully delves into serious issues with emotional depth and truth, while still maintaining a lighter outlook. The Blue Book will not leave you feeling blue, but rather uplifted to know that there are those who won’t shy away from the hypocrisy of life, but will take it on, tongue-in-cheek."
Leilanie Stewart

If you would like to review The Blue Book, please contact me at:
bluemedia68 (at) gmail (dot) com

prints of my pictures can be obtained at